My journal has a hard-cover, which I do not like.  I prefer spiral bound, so I can fold the cover around itself to open up each white blank page.  This journal cost me $24.95 at Barnes & Noble, which is silly, because I can buy journals at the grocery store for about $4.99 – paper-covered, spiral bound, fat journals just the perfect size to carry with my Bible.  But this one is special.  I bought it because of the quote etched on the front, which brought me to tears when I read it for the first time.  And many times after that.

Just when the caterpillar thought the world was over, it became a butterfly.

That journal holds a record of my world-overness.  The world breaks every one, and afterwards many are strong at the broken places.  Ernest Hemingway.  This fallen place broke me in pieces and it is all recorded, raw and tear-stained, under the shelter of the caterpillar promise.

I thumbed through that journal recently, aching all over again as I remembered.  All that was broken, all that was lost, all that we tried to hold onto as the Lord allowed it to scatter away.  All the self-righteous poison I poured out on those pages, vomiting my vindictive rage on the battleground of an empty page instead of spewing words to God’s Image-bearers that I could never take back. Thank you for holding me in, Lord, for gathering me in strong arms and listening to my voice.  All the prayers and Scriptures that I clung to as tears fell, blurring my vision, distorting the written words with bubbled droplets of a broken heart. All the epiphanies, the healings, the explosions of piercing Truth from the tender heart of God, the violent collisions of faith and fallenness, the million moments of transforming grace.  Manna.  It is the bread the Lord has given you to eat. This is what the Lord has commanded: ‘Everyone is to gather as much as they need.’ Exodus 16:15-16.  The journal holds the record of my long, dark cocoon years, when the Lord lifted me out of the life I thought I wanted and wrapped me in a deep grace, an infinite healing, a safe and holy transformation.

Another One, long ago, dwelled voluntarily in a dark cocoon called Death.  His body 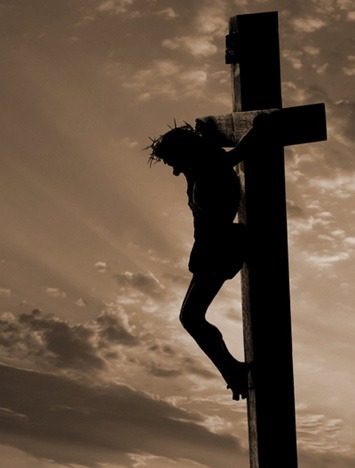 twisted and bloody, his skin pierced and ragged, His head bowed under the full weight of the madness of this spinning, savage planet. God, wrapped in flesh, was crucified.  He hung ingloriously on a cross.  A cross is a spiritual symbol to us, but to the Roman culture it was ugly and rough, like an electric chair or a hangman’s noose.  God became a curse.  A life of dust, a death in agony.  Then they buried Him in the same dirt out of which He created our race of image-bearers.  The end of God.  All of hell howls in triumph, gibbering in dark victory.

The cocoon twitches, then rumbles, then…….splits open.  Resurrection.  Death could not hold Life in.  Life surrenders to death, only to defeat it.  That is the cycle of the Redeemed.  We all die every day, sinking into the fallenness of this place, then He finds us, reminds us of the Cross and of the Empty Tomb, and it strengthens us, empowers us. We rise up.  We remember who we are.  We are the Remnant, the Chosen Ones, the Covenant Bearers, those who open our arms to Grace.  We are the saints of God.

The hidden transformation of the cocoon is a process for us.  For now we see only a reflection as in a mirror. 1 Cor. 13:12.  We live out our own reflection of the resurrection story, perhaps over and over, in our lifetimes.  We bleed our own stories, distorted and unfinished, so very different from what we wanted them to be.  Who of us can see the earthquake coming? Who notices the tiny cracks and foresees the fault lines of what will be?  None of us.  But…

Take heart, for (unlike this particular saint) the Cross is a finished work.  All is ours, whether in heaven or on earth, for we are among those covered by the caterpillar promise, the resurrection covenant.  Jesus Christ died, was buried, and burst through the gates of hell.  He redeemed our tattered stories and knit them into the tapestry of grace. We do not bear the weight of unfinished sin, but the weight of heavenly glory.  All was resolved at the Cross.  All is grace.

Live in grace.  Record your story under the promise.  Set your face on the Cross.  Live under this shelter:

In Search of Recent Posts

In Search of Categories

In Search of Archives